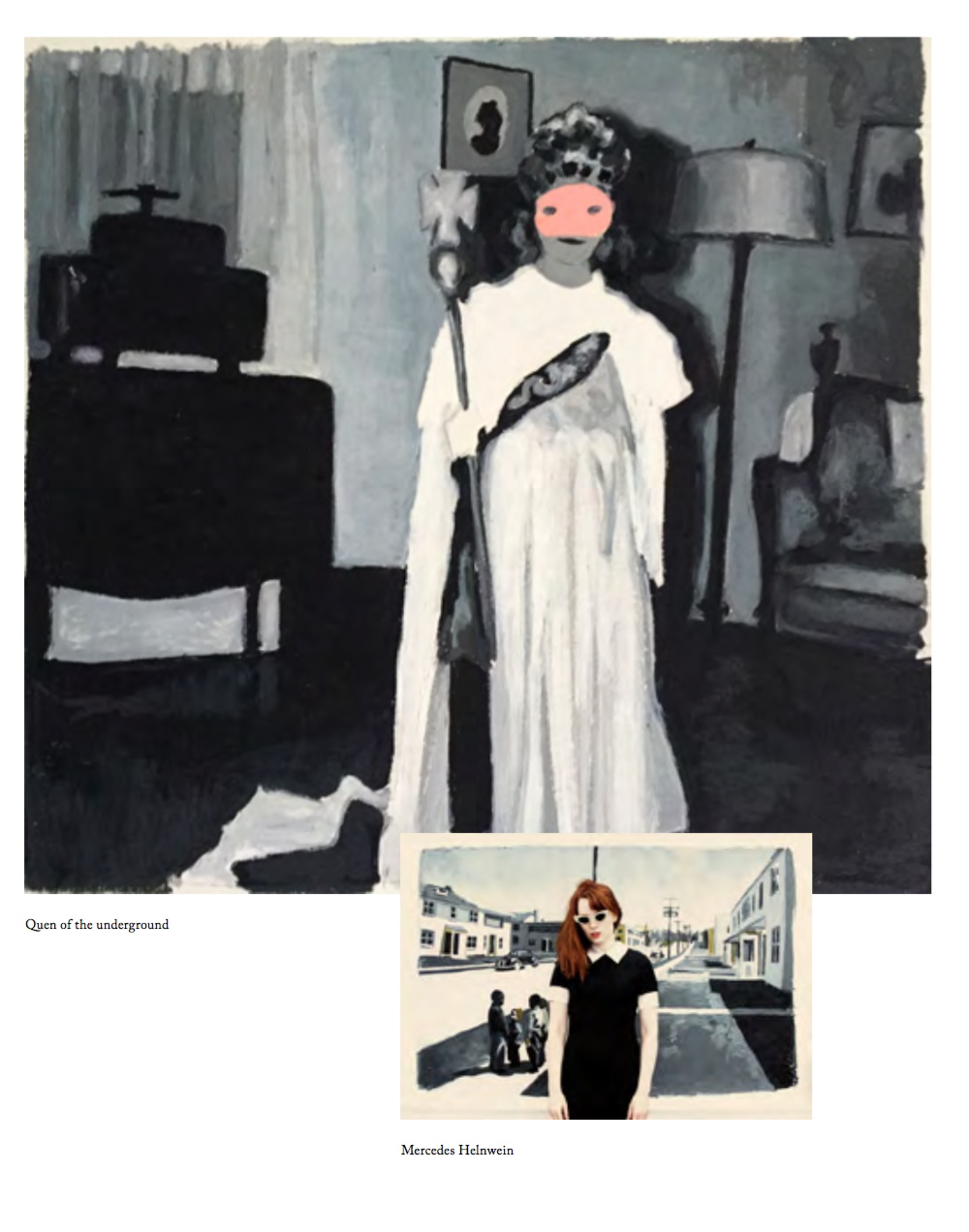 Some people following into similar career paths as their parents at some point wonder if there was any other option out there they missed. Were there ever any moments you wondered how free we really are in our life path, how much is in us and how much who we become depends on how we grow up?

I’ve never wondered that. I think who I am as an artist has always been completely personal to me, and I would have had the same creative urges regardless of who my parents were. That being said, I couldn’t have asked for a better environment to grow up in. I couldn’t have been more lucky. There have been lots of influences and inspirations along the way thanks to my parents. Lots of freedom to explore what interested us as kids — and maybe most importantly freedom to be who we were. Had I grown up with a stockbroker dad, who considers art frivolous or incomprehensible voodoo, or at best strictly an investment, the journey would have been very different. I probably would have had to dye my hair green as a teenager and do a lot of things to rebel and distance myself from that world. It would have been more of a struggle.

Would you share some childhood memories of growing up surrounded by your father’s work? Do you remember what art meant to you as a child?

Art was a completely normal part of life for me. I didn’t consider it as something special – it was what my dad did every single day. I could wander into the studio whenever I wanted and hang out with him, and he would explain what he was working on or let me paint something next to him. It became a totally natural part of life early on – even for me to be drawing all the time. I also remember my dad taking my brother Ali and I along to printing houses when he oversaw the printing of his catalogues or books. Ali and I were fascinated by the automatic drink machines these printing houses always seemed to have — where you could push a button and a little paper cup would fall out of somewhere and fill with coffee or hot chocolate. We would drink hot chocolate all day long and play and run around between the large printing presses, watching the big sheets of paper slide out. I remember also playing backstage in theatres and watching rehearsals when my dad did stage and costume designs for theatre productions like MacBeth. There were some incredible dancers in that production and it was fascinating to watch them warm up backstage. There was always something going on, and we travelled a lot with my parents. My mother works very closely with my dad, doing all the business side of things, and they took us pretty much everywhere.

Family continues to play an important role in your life, was there ever a time where you needed some distance? Also professionally?

I live in L.A. most of the time, as does my brother Ali with his family. However, I love coming to Ireland and being able to stay here with my parents. I have a studio in one of the towers of the castle here, and there’s always a lot going on – people coming to stay – other artists, friends, kids running around. I really enjoy the times I have together with my family. As a grown up, it’s obviously different dynamic spending time with my parents – they are both really fascinating people and I get to take advantage of that in a different way. We get to have a really close friendship in our relationship was grown ups.

Do you have an „historian’s“ approach to fashion in your work in terms of knowing which style of dress went with which social background, specific time, overall look? Do you collect fashion?

I’ve always had a pretty good sense of what people looked like in different time periods because of my interest in history. Not so much an interest in the political aspects of history but more of the general every-day life aspects – what were the ideals at the time, what did people look like, what was the architecture like, the general attitude of the time period. Not just in the 20th century, but all the way back to the Dark Ages. It’s always been interesting to me, and by the time I was sixteen I could tell by the shape of a sleeve if a dress was from the 1830s or 1840s. So through that natural interest, I’ve had a good concept of what people looked like and how they dressed. As far as fashion in my work goes: it of course serves the purpose to communicate a layer of the story. Nothing would be accidental in the image. Every detail would add to the history of the person wearing that article of clothing. Again, it’s all about the story. And yes, I collect clothes. I have racks and racks of vintage clothes, wigs, uniforms and weird props like alien antennas, dinosaurs, ray guns, and so on.