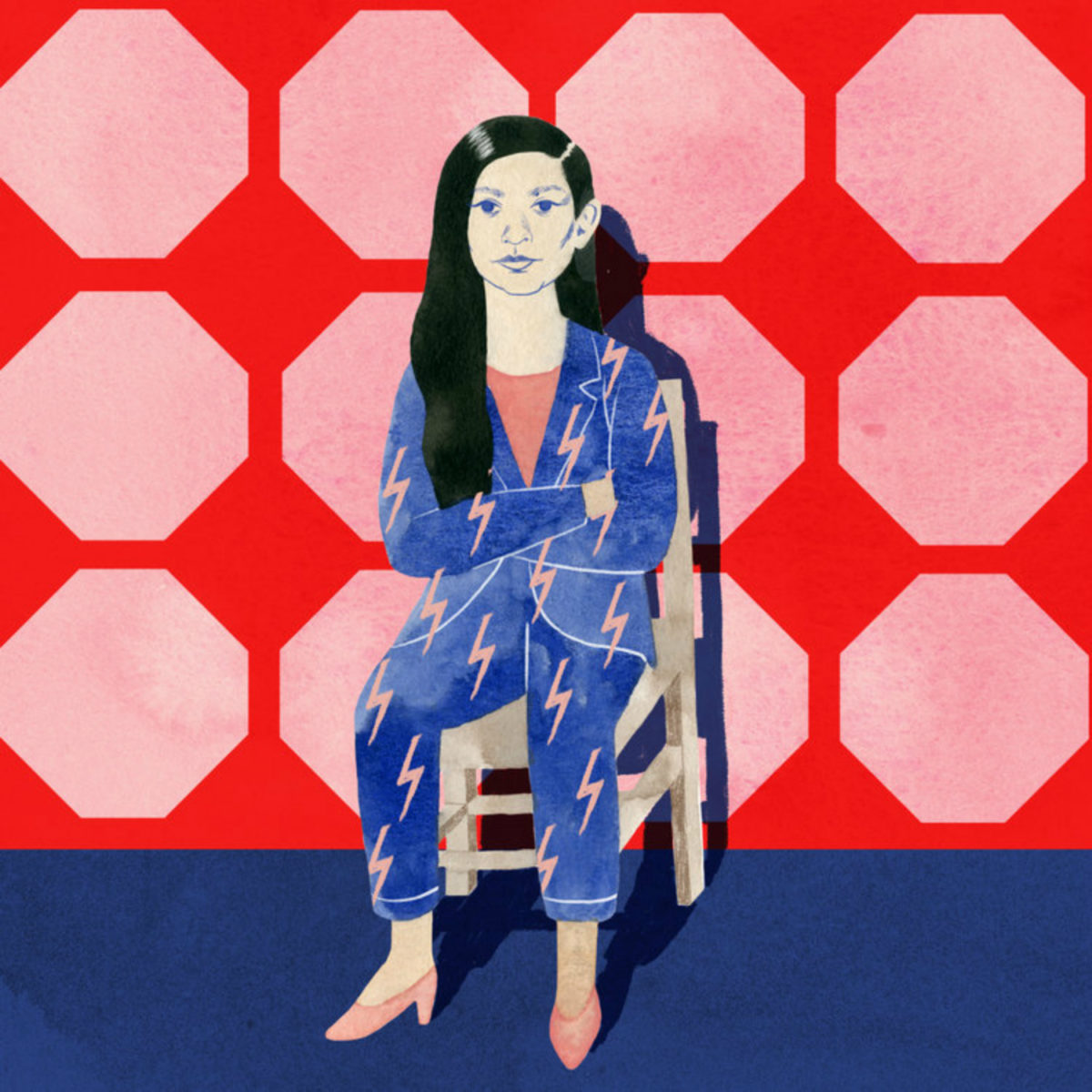 Louise Reimer is a Toronto-based visual artist and clothing designer whose love of pastel colors, white space, and 1970’s feminist icons have successfully intertwined to create a distinctive and enchanting style of illustration. Often utilizing watercolor paints and simple pencil crayon as mediums, and drawing inspiration from the likes of Janis Joplin and Stevie Nicks, Reimer creates minimalistic visual masterpieces, which she often prints onto clothing such as plain white t-shirts, crewnecks and pins, creating incredibly cool statement pieces. Louise allowed us to ask her some questions on her art aesthetic and inspirations, how she incorporates her feminist views into her artworks, and what she does when she’s not creating visually… 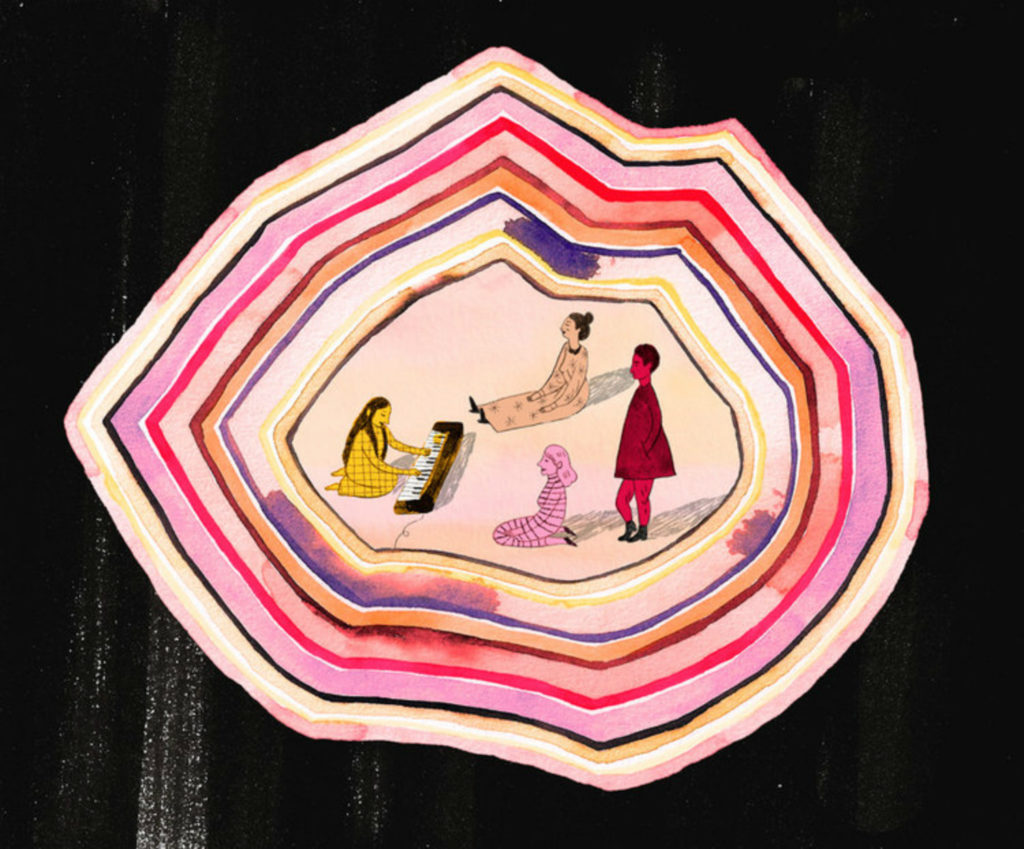 At a glance, your aesthetic seems heavily influenced by classic impressionist artists such as Monet and Degas, not only stylistically, but in terms of color scheme as well. Do you feel this statement is true? What artists do you feel have influenced the way you draw?
I don’t really look at classical artists actually, although I saw a show of abstract paintings from the 60’s and 70’s last year at the Art Gallery of Ontario that was really inspirational. It was great to see some big pieces by Helen Frankenthaler and Morris Louis. I look at a lot of fashion spreads from the 70’s and for that reason, those colors have worked their way into my work; the rich jewel tones and bright tights are so fun to draw. I think I’m a lot more influenced by my peers and other illustrators these days than anyone from the canon: as for artists who have influenced how I draw, it’s a pretty broad range which includes Aidan Koch, my friend JG, David Hockney, Jillian Tamaki, Kendra Yee, as well as the older work of Jaakko Pallasvuo, which I was obsessed with for a long time.

You’re located in Toronto, the most multicultural city in the world, and this is reflected in the eclectic range of people featured in your illustrations. How do you think living in Toronto, and by extension Canada, has impacted the way you approach your art? Do you think that your illustration style would be different if you lived elsewhere?
I’ve only lived in Toronto for 3 years, so I’m not sure I can see what effect it has had on my work yet. I do think I’ve gotten a lot more serious about illustration since I’ve moved here. There are lots of great illustrators, artists, and designers in Toronto, and people work really hard, which drives me to work hard on my own work. Spending time with friends who do different creative jobs, like photography, cinematography, and design allow me to approach my work in different ways. I think there is probably a Toronto style that I can’t see simply because I’m here every day, because when I visit different cities I get so excited to see the different styles there. 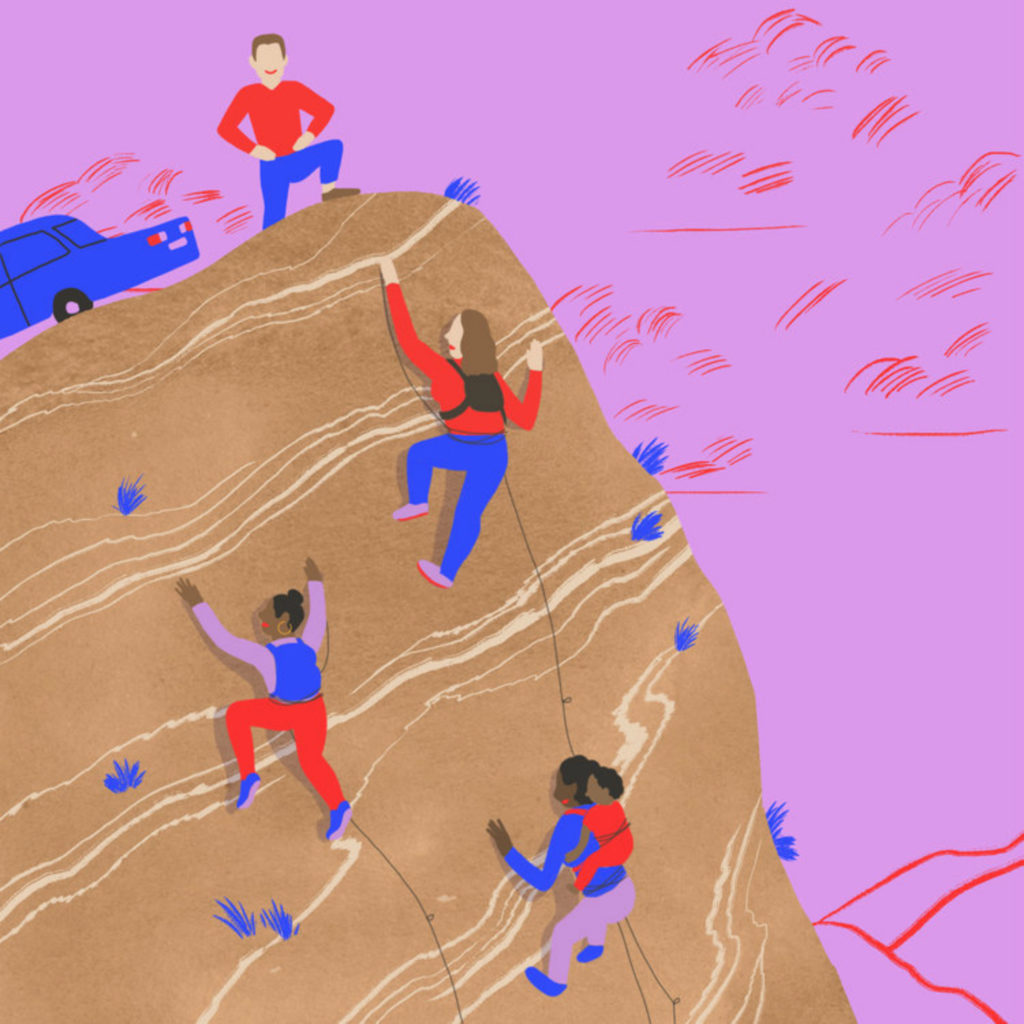 People heavily involved in creative industries usually have more creative pursuits than just one. Do you have any artistic passions other than visual art? If so, how do you feel that your creative passions overlap?
Visual art encompasses so many things though! I draw, paint, make ceramics, and screenprint right now, I don’t have time for anything else! My partner works in film, and we watch a lot of movies together. It has made me watch movies in a more technical, more engaged way, and I think you can see pieces of movies in my drawings if you look closely. I’ve also been interested in dance for a while, and I’d really like to take a dance class so I can participate in it, rather than always passively watching.

You sell ridiculously cool wearable pieces adorned with some of your illustrations on your Etsy shop. What made you incorporate fashion into your work? Have you ever designed an illustration specifically with an article of clothing in mind?
Thank you! I’ve always been drawn to fashion, ever since I was a child. I don’t think fashion is that different from art, so it feels like a natural transition to me. I tried making a t-shirt last fall for a fair I was doing, and it sold out super quickly, so I’ve just kept doing it. A lot of my friends make t-shirts now too. It’s fun to wear each other’s art. I would like to make garments where the surface design is more integrated into the pieces than the t-shirts I’m making, but I’m happy making t-shirts right now. The print that’s on my most recent t-shirt I designed specifically to be a wearable piece. It’s a modified version of a drawing of my friend Hannah from a drawing night we had. She’s very striking and tall, and my drawings of her always turn out well. 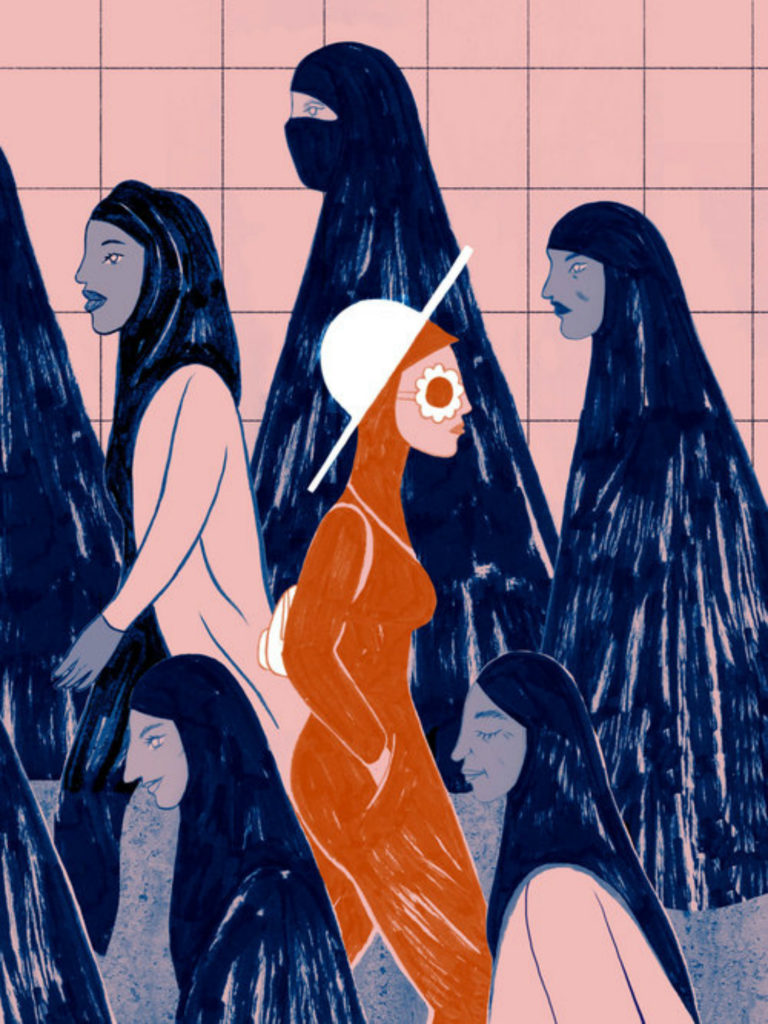 You’re an unabashed feminist, and the majority of your illustrations of people are of women or female forms. How do you feel that your pro-equality views affect the way you convey femininity in your drawings?
I always try to portray women as powerful in my drawings. I don’t believe being soft or feminine means you’re not strong or powerful though, so I like to show women that light too. I became really inspired by females after I went on a road trip and lived in a tent in a small town up North for a whole summer; I felt the strongest and most independent I’ve ever been, and everyone up there was sort of tough and dirty in a really beautiful way, and we were always in beautiful natural landscapes. Also, I was raised mainly by my mom, who was very independent and did everything herself, so I think that image of how strong a woman can be is deeply entrenched in me. She went to India in the 70’s when she was just a young woman from the prairies, put herself through school, and then raised two kids while battling a serious illness. Now I surround myself with lots of amazing women, so it makes sense that they are in my work. 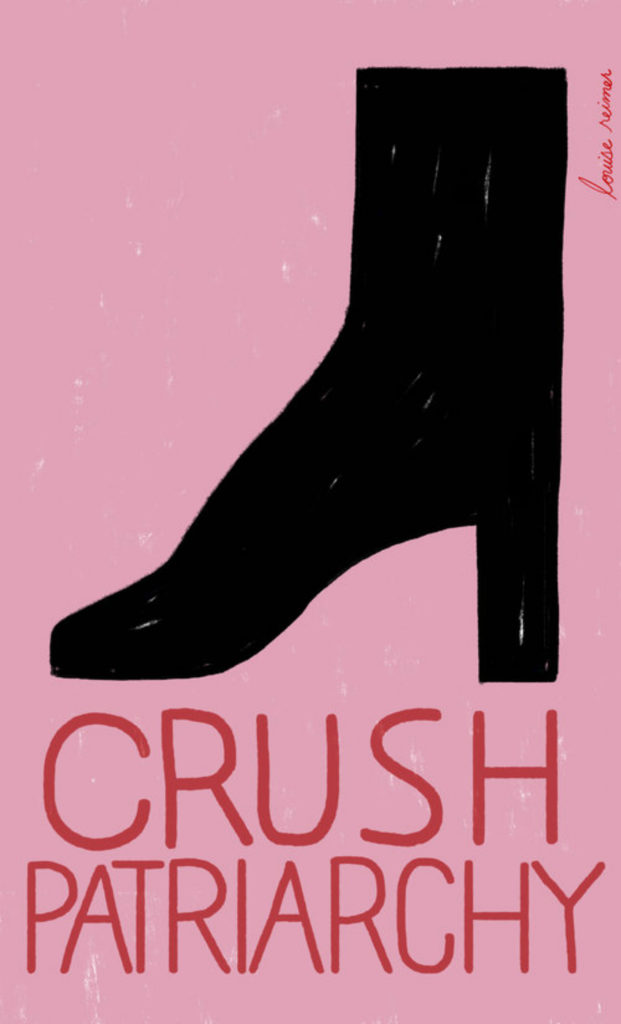 Words by Zoe London
All images by Louise Reimer