The house of Versace has two faces: The face you see when looking at the collections – the head of Medusa, the logo – and the face you see when looking at who is behind these collections – Creative Director Donatella Versace, little sister of the fashion house’s founder Gianni Versace. Strikingly, both these faces belong to women with a purpose and a passion – Medusa is a gorgon from Greek mythology, able to turn anyone into stone with her gaze, Donatella has carved Versace out to be one of the most influential brands in fashion after taking over the helm in 1997. And even more strikingly, both these faces are inimitable examples of the connection Versace, the brand, and Versace, the designer, had with women, their clothing, and overall lives.

Revisiting the history of Versace means revisiting a one-of-a-kind tale of admiration for femininity. After founding his namesake brand in 1978, Gianni Versace wasn’t just creating garments – he was creating garments that allowed women to equally create themselves with what they wore. But despite Versace’s glitz and glamour, this is not a fairy-tale. It’s the story of a man shot to death on the steps of his Miami mansion in 1997, his company left in equal parts to his little sister Donatella, his perfect woman, he once said, and his niece Allegra – and his legacy held holy by the fashion industry ever since. 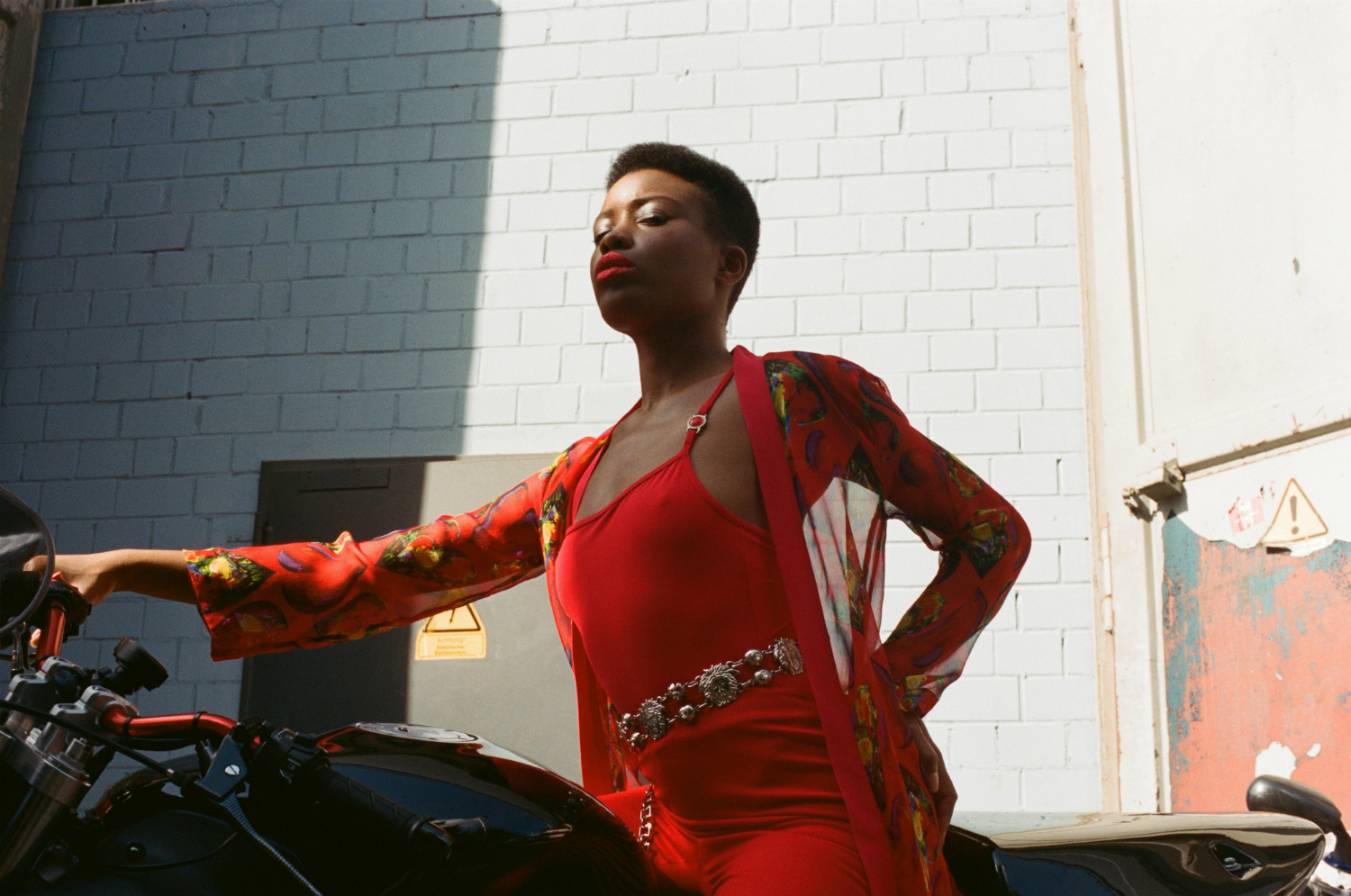 Seeing Versace’s garments now, sensing the stories and meaning they encapsulate, one can’t help but be in true awe of the dedication sewn into his colour-clashing and at times provoking designs. As was Brazilian collector Alexandre Stefani, who contributed an impressive set of garments to an exclusive exhibition of over 100 original Gianni Versace pieces at fashion fair “show & order” during Berlin Fashion Week in July. Experiencing many of his treasured possessions in movement for the first time during the photo-shoot we did of some of the exhibited pieces, Stefani was further impressed by Gianni Versace’s immense knowledge of the female body, and the ways he could dress it – saying that the garments, although beautiful on the hanger, are transformed on the model, the fabric flowing with her movement, the colours brighter against her skin.

Pondering this, the house of Versace may have two striking faces, but it has an even more distinct soul drawing through its history and collections since its founding, directly influenced by Gianni Versace’s own upbringing. Being first introduced to sewing by his mother, who was a dressmaker, he did an apprenticeship at her sewing studio, tirelessly mastering the craft to perfection, and soon calling women like Naomi Campbell, Claudia Schiffer, and Linda Evangelista his muses. It’s this dedication and uniqueness still making Versace as relevant 20 years after his death – the meticulous union of the personalities and the personal.