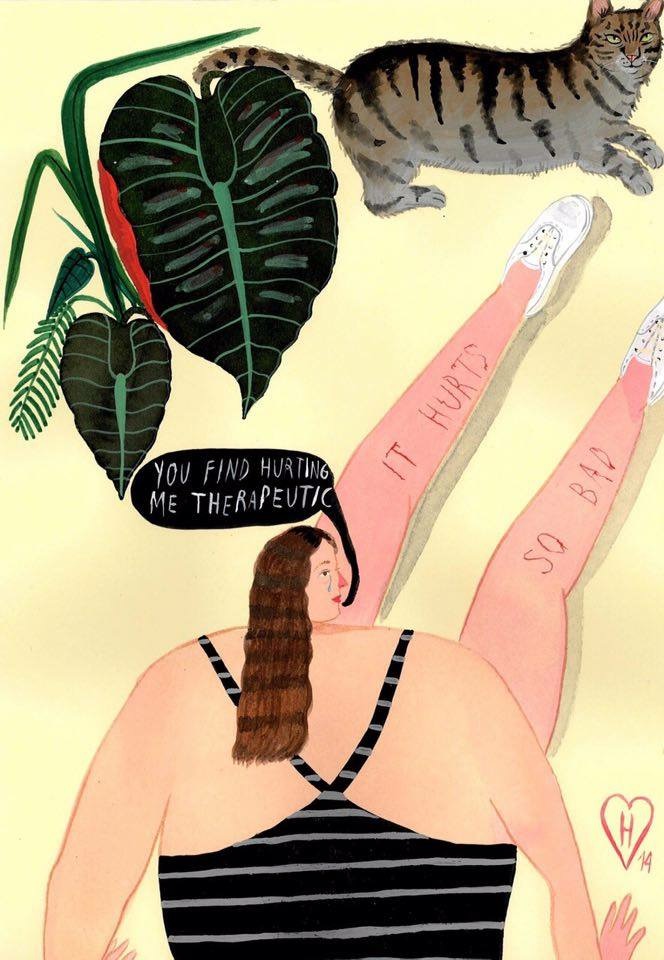 Your drawings seem like they have been scrabbled in a notepad at school. Where are you actually working?
I always made diaries to draw and write on them. I think it made more sense if they were made by me from the beginning. I mean to select the sheets, dye them with coffee and putting them together. That way I felt like it was more intimate and there was more empathy between me and everything. Lately I started working on individual pieces, which I think brings power to the painting itself.

One of your inspirations is the childhood bedroom. How does the room of your daughter look like?
I’ve always thought that the greatest work of art of a child is his room because it becomes his way of expressing, of telling his parents (his first audience) what he thinks of the world. So far my daughter’s room is pink and mint green with stars and rainbows and a picture of a Virgin Mary that I painted for her. I hope that soon she starts to really create something with this and the room won’t be longer something I created.

Your drawings look like a picture-book but the content is for adults. Why bringing together both those sides?
Every human has been a child and for me this is the best way to convey my message to someone. I recently realized that the thing that definitely separates us from being children is the great way of getting lost while watching cartoons or when we see a book and we really believe there is a world within that image and see all the possibilities in this picture. When you’re a grown up there is too much noise in your brain and there is not the same ability to see things.

Unicorns, cats, dogs.. What’s your relationship towards animals?
Someone once told me I was a unicorn, you know there is a legend of the unicorn that was tamed and put in a cage. Since then I started to paint unicorns. I had two cats, Teo and Maruja, cats accompanied me in a moment of solitude and taught me to be a bit more maternal because even if it doesn’t look like that, cats are needy. I have a dog called Archie and he is the main character of many stories in and of my life.

Subjects of your work are doomsday scenarios, the female body, and everyday things. Do you have a message or do you just want to get out what circles in your head?
No, I really have a message and I believe I have to deliver it. When I started painting I had the desire to tell everything about my life before the world would end because I really thought the world would end on December 21, 2012. At school we were shown a documentary and I thought it would be that day. All my life I grew up thinking this was true and I had a diary that was called “2011, a year to the end of the world”. For me it was to leave a legacy to tell my story in pictures. Then I told the stories of my daily life as “Little Maruja is bored, is watching ants”.

Also for me femininity is tough. It’s a hard story badly told. It has nothing to do with pink and being nice (ironically I use it in all my paintings).

How does the life of a midnight-worker looks like?
Pretty normal, during daytime I would paint what comes to me, this can happen while I take my dog out ​​to the park or while I play with my daughter, but it’s at night when it’s easier to work because there is more silence and everyone is asleep.

How much of yourself is in the illustrations?
All of it, I am all the people and all the situations. It’s me telling the world that I exist and that’s important.

It seems you have a big thing for food and shoes. Which one is your favourit?
Food definitely is my motor. I love food that reminds me of childhood and that feeling that tells you that everything will be fine.

Why the broad shoulders?
It is more like a small head and large body, as the body of an adult and a child head.