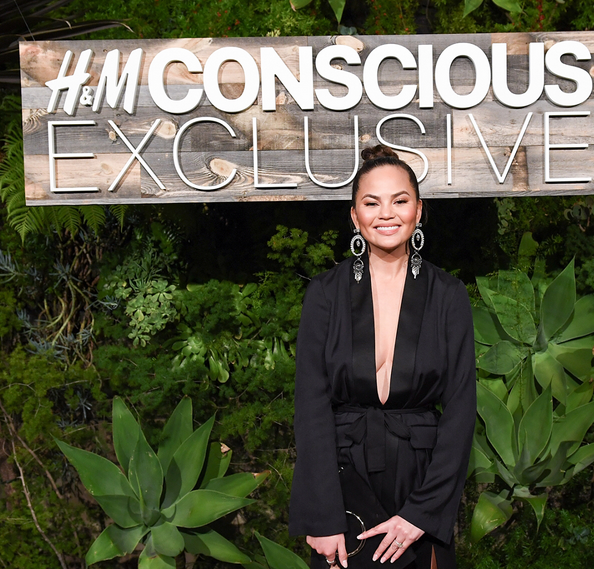 Today, the second largest clothing retailer after the Spanish group Inditex (Zara, Bershka, Massimo Dutti…) released the annual H&M sustainability report. The Swedish brand already has a conscious line of clothing with organic cotton and an organic beauty line. Today they renewed their commitment to ultimately, by 2030, be a sustainable brand and by 2040 a climate positive brand, meaning that they will lower their emissions.

Fast fashion is nowadays growing faster and faster than ever with an increase of sales and of new shops, spreading all over the globe. The H&M group is present in 62 countries with more than 40,000 stores and employs 132,000 people.

The Swedish retailer presented the five winners of the 2nd annual Global Change Awards that came up with brand new ideas to reduce H&M’s environmental footprint: Rosa Rosella Longobardo and her team worked on creating non-skin leather with wine production waste. Dying denim is, as you may or may not know, one of the most polluting processes in the fashion industry.

Another sustainable solution has been found by researcher Xungai Wang and his team to recyle old denim jeans to dye new ones. You will also be able to wear cow manure in the near future! No worries it doesn’t come with the smell, Jalila Essaidi and her team came up with a way to transform cow poop – wich is overly polluting because of methane – into a soft and sustainable fabric called Mestic. Natasha Franck and her team invented the concept of content thread that works like a barcode and will enable you to know exactly what materials are in your clothes, where they come from and will therefore help fight unethical working conditions. It will also help recycling the cloth knowing exactly what it’s made of when it’s out of use. Last but no least, the team led by Miguel A. Modestino found a way to process nylon only with water, plant waste and solar energy, little plus: wearing a piece of clothes made with this fabric will trap carbon and clean the air the same way plants do.

Although the group works towards more transparency and its image in general with UNICEF partnerships or their recycling programm in most of their stores, H&M has been criticised and reported on by NGOs like Cleanclothes.org or Sumofus about their working conditions since at least 2011. In Uzbekistan as well as in Bangladesh unsafe work conditions have been pointed out several times. In August 2016, The Guardian reported that H&M was employing children in Myanmar that were payed about 0,14€ per hour and in March this year, workers destroyed the production line in a Chinese factory in Myanmar, demanding better working conditions. It was reportedly one of the most intense protests in the last years… “The conflict is troublesome for H&M, which is widely seen as being at the forefront among large apparel companies in promoting workers’ rights and fair wages,” The Guardian writes. The fashion retailer was ranked 20th by the index of the Corporate Knights magazine’s Global 100 index  in 2016.

However, we’re excited to see what changes the retailer will realize – have a look at the full H&M sustainability report here.