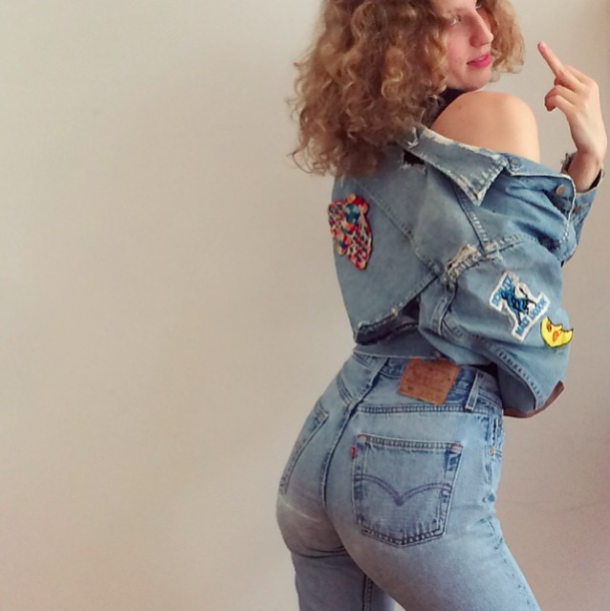 So this isn’t really breaking news, but there is basically everything wrong with the way female bodies are depicted in the media, which bodies are represented and how closely women’s looks are monitored. It‘s almost funny, how in times of top model shows, Mani-Cams and whatnot, practically everyone feels entitled to judge women on how they look and how they aspire to be what is generally believed is beautiful. And on the other hand beauty, vanity, and girly, pink and glittery stuff, as something genuinely feminine, is being considered cute but not to be taken serious. This seemingly unbroken fixation on women’s outward appearance could make you want to rip your hair out and cry of rage and desperation. Especially when realizing that by far most people don’t really see a problem there and that, in a struggle of being taken serious and the constant need of justifying ones field of science, academic feminism has a rather negligent and hostile attitude towards anything pop cultural and girly. Still, don’t rip your pretty hair out just yet (of course do so, if you feel like going bald or short haired, you might want to consider less painful methods though), because – all hail the Internet – there is hope! It comes as smart and fed-up young women using social media platforms as a tool of expressing their discomfort and connecting, to become a powerful and very artful voice against societies narrow idea of acceptable female looks and behavior. One of them being Petra Collins, a Canadian born, New York based, artist, curator and photographer. Considering the amount of amazing stuff this 22-year-old already did we will only list some, but definitely bow our heads in admiration. She’s founder, curator and megababe of The Ardorous an all female platform for artists all over the world, she shoots for almost all the cool kids magazines, she curates shows like the Gynolandscape and Pussy Pat and she made, in collaboration with Alice Lancaster, the Period Power T-Shirt for American Apparel, that caused some serious backlash. Her latest project is a collaboration with the design duo Me and You selling “Crash Kits” (including granny undies spelling “feminist” and Posters Collins made) at Object_ify 139 and online. The pubey, menstruating T-Shirt was also not the only hairy hassle she caused. In 2013 her Instagram account was deleted for a picture of herself in a bikini with her pubes sticking out. Considering the amount of photos you get searching Instagram for the hashtag “bikini” that are obviously fine because there is no body hair makes it extra weird and demonstrates perfectly the oppression of any deviance from the norm. Petra Collins herself wrote a brilliant essay about it, that is absolutely worth reading and since she is luckily back online on Instagram you should also check out her empowering work that proves that also pink, glittery sneakers can kick some ass: