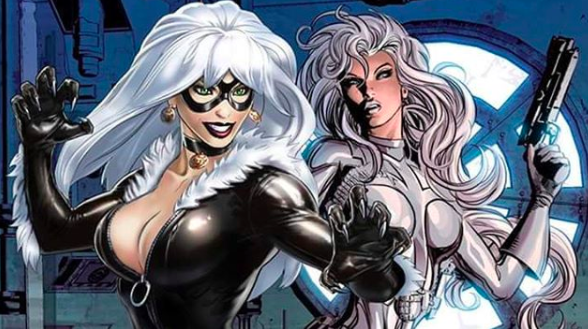 Gina Prince Bythewood is the latest woman to make waves in the film industry as she is set to be the first black female to direct a large budget major super hero movie, with her upcoming feature film Silver & Black. in addition to this, Sony separately announced two other films to be directed by women over the past week including Michelle MacLaren’s “The Nightingale”, and “Charlie’s Angels” directed by Elizabeth Banks.

The movie is based on Marvel Comics characters Silver Sable and Black Cat, two females that are partly enemies and partly allies. Bythewood will not only boast the role of director, but she will also rework the original script written by Christopher Yost who is behind “Thor: The Dark World”.

You may be familiar with Bythewood’s stellar work from “Beyond the Lights”, “Love & Basketball”, and “The Secret Life of Bees”, where she played the all encompassing roles of writer and director. Most recently, she directed the pilot for Marvel’s “Cloak & Dagger” Freeform series, which allowed her to dip her toes into the world of superheroes.

This is an important step for women in the film industry amidst statistics that female film makers lost ground in 2016. According to San Diego State’s Centre for the Study of Women in Television and Film, women made up just 7 percent of all directors on the top 250 films of 2016, which marked a 2 percent decline from 2015. However, expanding the study to the top 500 films revealed that women accounted for 19 percent of all writers, executive producers, producers, editors and cinematographers.

Films have the capacity to mould perceptions, implying that the lack of female directors could have damaging effects on the representation of women in society. A report produced by the Directors UK titled ‘Cut Out of The Picture’, calls for 50% of films to be directed by women by the year 2020. The female voice has long been absent in the world of cinema, thus, the rise of Gina Prince Bythewood as the first black female director could prompt the undoing of a traditionally white-male dominated industry.