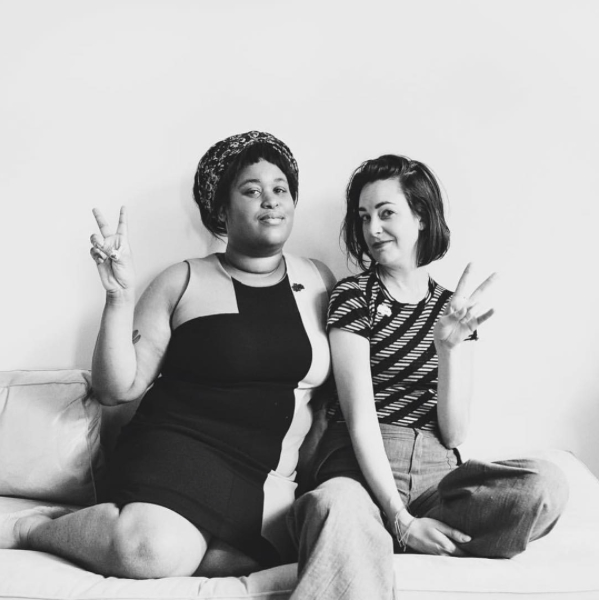 Podcasts have become increasingly popular within our society – which doesn’t come as a surprise when our go-to source of entertainment is online. Meaning the web is now combusting with diverse popular and certainly unpopular opinions. Thanks to podcasts, people are finally outwardly speaking about and recording their cringe-worthy mistakes that still haunt them to this very day, so don’t worry you’re not alone. Whether you’re washing your dirty dishes, squished up next to strangers or sprawled out in bed applying your mango face mask; why not choose to learn about the gender roles and societal issues women feel daily.

There are plenty of feminist podcasts hosted by empowering women offering inspiration on love, friendship, sex, and career advice. All topics of discussion that many have deemed as irrelevant are now being openly addressed by these kick-ass women and it’s unstoppable. So, grab a pair of earbuds and blast out one of these humorous and thought-provoking series:

If you’re in a long-distance friendship with your bestie and still crave those sisterhood moments, turn into “Call Your Girlfriend” and listen to pop culture–loving feminists, Ann Friendman and Aminatou speak candidly about all the bizarre but crucial conversations you miss with your main girl. Issues ranging from Notorious RGB to Kimye to casual racism to even lowkey discussions labelled as “girly chats” (AKA the heaviness of your periods and what shape your poop looks like today). It’s practically like listening to a tape of your best friends talking about things you actually care about.

A hilarious and awkward anti–slut shaming podcast; hosted by the duo comedians of “Sorry About Last Night“. The sexually active pair chat to one another so openly about their personal freaky experiences in the sheets, it’s priceless. Each episode features an interview with a guy one of the hosts Hutchinson or Fisher has slept with – some that can only be described as “love making”, others they had sex with and some they fucked in a hotel bathroom. They’re spreading the word that women should be able to have sex with whoever they want, whenever they want and not be labelled “sluts” or “whores” for doing so. Welcome to the revolution of casual sex that we’re all totally here for.

The Buzzfeed founded “Another Round” podcast is everything east African feminism has been waiting for. Tracy Clayton and Heben Nigatu discuss the joys and woes of social media, the dreaded fears of the dating world, tramp stamps, turning 90’s black sitcoms into musicals and squirrels (because why not) – all over approximately 4 drinks each within the hour. Witty and intelligent to say the least; because is a debate even worth having, if it’s not a drunken one with your best friend? All jokes aside, they too delve deep into heavily debated topics by millennials: depressions, feminism, anxiety, and racism in all its deceptive forms.

Hosted by Sarah Mirk, “Popaganda” is Bitch Media’s self-proclaimed feminist podcast of 2017. The series consists of one-hour long episodes, touching on all sorts of hot topics including the work place patriarchy, UBER’s sexism, the Handmaid horrors (which is shockingly relevant due to Trump’s abortion bans in the States) and the Women’s March earlier this year. Two “Bitch Editors” throw themselves into snappy conversations about the weekly pop culture. If you set out to be an informed feminist, this podcast is 100% for you.

Header Image via Call Your Girlfriend