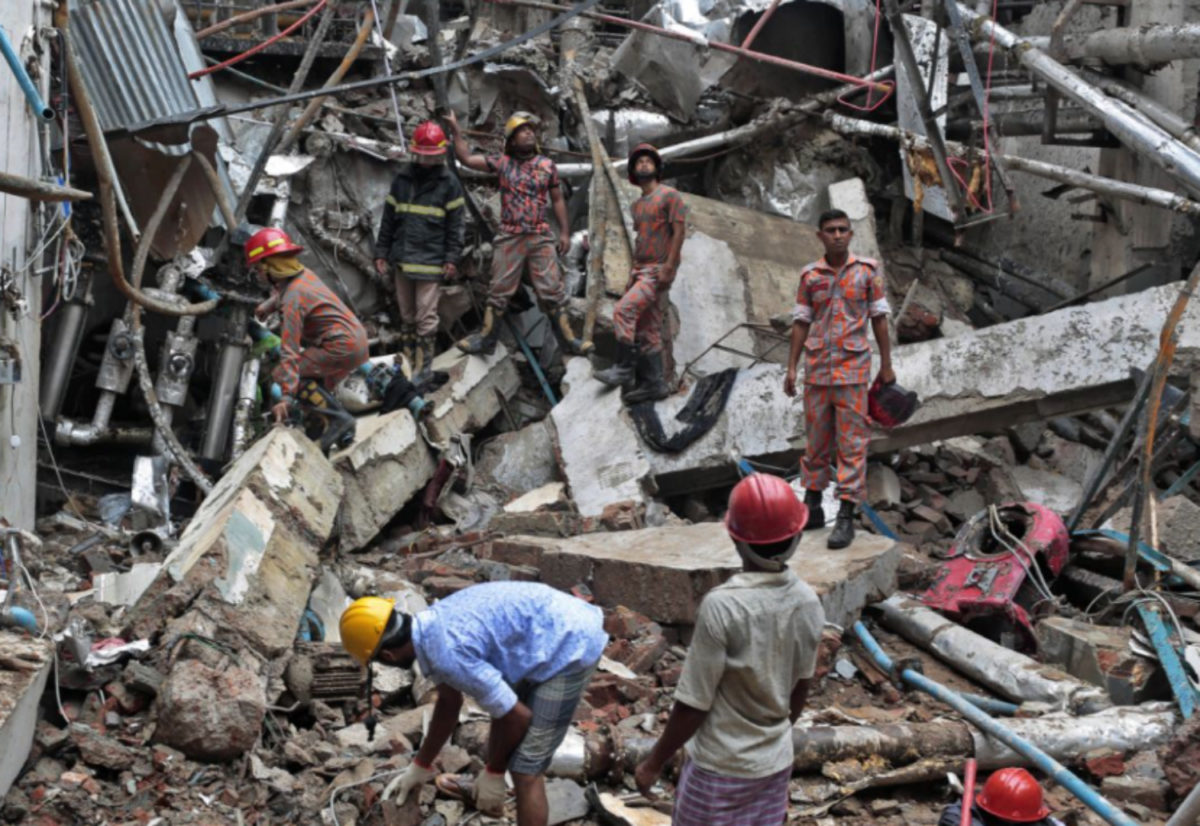 Monday evening, July 3, a boiler exploded in a garment factory owned by Multifabs Limited in the outskirts of Dhaka, Bangladesh.

According to BoF, “Bangladesh’s chief boiler inspector Mohammad Abdul Mannan said his department had inspected the boiler a year ago and that the next inspection had been due this month.”
By Tuesday afternoon it was confirmed that the blast destroyed most of the building, killed 10 people and left 50 others critically injured – trapped in the ruins or buried beneath the debris of what was once a work space. Relatives of victims have reported that 6 people are yet to be found.
The factory supplied textiles mainly to Europe, with Sweden, Denmark, Germany (among others) at the top of the list.

Unfortunately, this tragedy is by far not the first event of this nature. In 2013, the collapse of the Rana Plaza factory complex, which killed more than 1,100 people, was one of the first and most disastrous of its kind to actually stir up a debate long overdue concerning work conditions and lack of maintenance in the fast fashion industry and its particularly East Asian camp grounds. Bangladesh is one of the most popular bases for big brands to turn to for manufacturing purposes, with firms paying close to nothing compared to sourcing from Western countries.

We sincerely hope these innocent people didn’t die in vain and this incident, as horrible as it was, will again resonate with consumers and corporations to possibly make them rethink their buying and/or production habits even further.

Sulav Chowdhury, chief executive officer of the Bangladesh Knitwear Manufacturers and Exporters Association, speaks of an accident following a “huge shift” after Rana Plaza.
“There has been structural change, and we have worked hard for it,” he said. “So I would say this is a stray incident.”