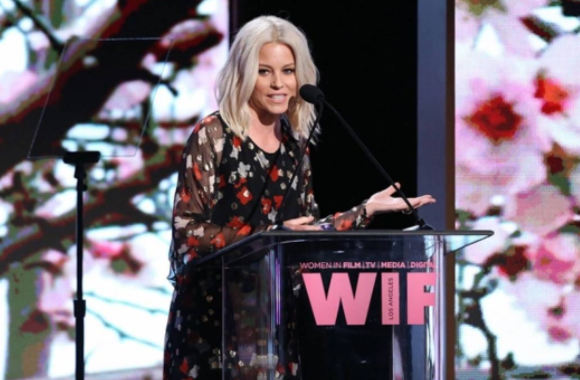 ELIZABETH BANKS HAS SOME WORDS FOR STEVEN SPIELBERG

Actress Elizabeth Banks delivered a feminism fuelled speech whilst receiving an honour for excellence in feature directing at the Women in Film Crystal + Lucy Awards yesterday. Banks criticised Steven Spielberg, a founding pioneer of the New Hollywood era, for failing to star females in lead roles, she voiced “And by the way, he’s never made a movie with a female lead. Sorry, Steven. I don’t mean to call your ass out, but its true.”.

However, it appears that Banks didn’t quite get her facts right; Spielberg’s Sugarland Express featured Goldie Hawn in the leading role in 1974, a few years later in 1988 he directed The Colour Purple with Whoopi Goldberg as the star. Fast forward 28 years, when Spielberg made The BFG (2016) casting young Ruby Barnhill as the leading lady. But, these three movies that cast females in leading roles are a mere dent in Spielberg’s sprawling repertoire of movies he has been involved in over his career spanning more than four decades.

Banks emphasised the important role of parents in eliminating gender inequalities, “Buy a f***king ticket to a movie with a woman, take them, give them the experience of seeing amazing women on film”. She told of how she exposes her children to empowering female stories like in Disney’s Frozen, and how her sons will watch Wonder Woman when they are old enough – maybe we should all take a leaf out of Banks’ parenting book.

Elizabeth Banks’ comments address a deep seated issue in Hollywood – with comments like these and the resounding success of Wonder Woman in box offices across the globe, we hope that the industry will finally take note.