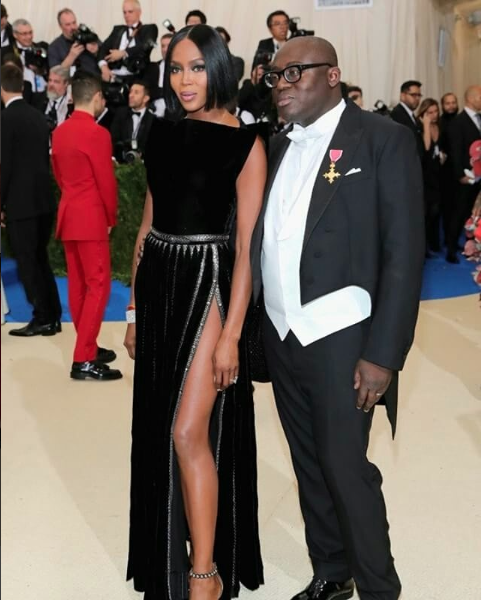 New British Vogue editor Edward Enninful was expected to shake things up after taking over at the helm of the publication. After firing Lucinda Chambers, whose career at the magazine spanned 25 years, it certainly seemed like he might be rejecting the industry’s tendency to favour the established fashion elite over up-and-comers.

But after the announcement yesterday that iconic supermodels Kate Moss and Naomi Campbell have been hired as Contributing Editors, we’re sad to say that nothing seems to have changed. Moss has been contributing to the British edition for several years now, while Campbell is an old friend of Enniful’s – talk about nepotism. Oscar-winning director Steve McQueen and Grace Coddington, who has worked at Vogue publications since 1970, have also been announced as Contributing Editor and contributor respectively.

“I am thrilled that Kate, Naomi, Steve and Grace are going to work with us in these new roles. As two of the biggest international style influencers and supermodels, the impact Naomi and Kate have in today’s culture is enormous. Being an acclaimed filmmaker and Turner Prize-winning artist, Steve will bring an increased depth to the arts within the magazine. Grace’s relationship with Vogue started at a very young age; she has become synonymous with the title and is as much loved in Britain as is she is globally,” said Enninful. This only confirms our suspicion that he’s more interested in industry status than giving younger talent a chance.

Only adding to the irony of this is the fact that in the controversial interview with Lucinda Chambers published just days ago, the ex-Fashion Director criticised the industry for hiring on the basis of contacts, rather than relevant talent or innovation.

We’ll just have to see if Enninful manages to rid British Vogue of its reputation in recent years as increasingly irrelevant (another opinion expressed by Chambers); but these new appointments are not particularly promising. That said, it is refreshing to see more people of colour in the upper echelons of the fashion industry, often criticised for its lack of diversity; Ghanaian-born Enninful styled Italian Vogue‘s 2008 “Black Issue,” and has been a long-time promoter of black and brown talent, such as Rihanna, Jourdan Dunn, and Winnie Harlow.