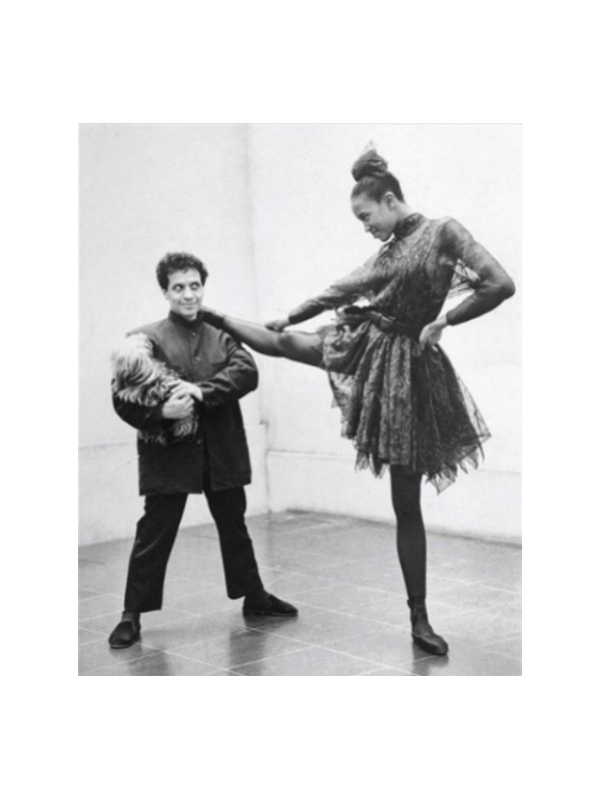 THE MOST BOUNDARY PUSHING DESIGNER MUSES

The recent death of Maison Margiela co-founder and longtime Martin Margiela collaborator Jenny Meirens was like a shock rattling though the fashion world: Meirens, who died at the age of 73 in July, was a woman of wide impact yet rather wary personality – and a distinct example of the numerous women shaping the fashion industry more behind the scenes than at the forefront, tightly connected to the predominantly male designers in the limelight. Often more like close friends than mere collaborators, and definitely more than just muses, these women not only put their unmissable marks on the people they were working with, but also some of the biggest fashion houses – and the industry itself.

Credited with discovering McQueen and even advising him to go with his second name Alexander instead of his actual first name Lee, Isabella Blow was an integral part of McQueens success, and his rise within the fashion industry. Being a fashion editor at Tatler as well as an eccentric socialite, Blow had all the right contacts in all the right places, quickly making the rebellious McQueen a must-know up-and-comer. Still, their relationship was one marked by no little amount of upheavals itself, with their on-going bickering reaching its peak when McQueen sold his namesake label to the Gucci Group, now Kering, in 2001, giving Blow no position or share of the revenue whatsoever despite her being an undouptable part of McQueen’s rise to success. Suffering from depression and mental health issues for a long time, Blow felt severely left behind, leading to the increase of her illness as well as her suicide on the 6th of May 2007. McQueen did not only attend her funeral, but also paid tribute to his long-time friend and collaborator with his Spring / Summer 2008 collection, featuring a variety of extravagant hats made by Philip Treacy, a former signature of Blow’s. As of now, their unique bond is even set to be the basis of a film titled “The Ripper”, depicting the duo’s creative journey.

You probably have on more than one occasion stumbled upon a picture of Noami Campbell and Azzedine Alaïa with the Tunisian designer buzzing around his British muse, draping her in one of his sought-after designs. Their relationship, which both describe as being something like a father-daughter-connection, has been widely acclaimed within the fashion industry, with Alaïa truly being like a father figure to the model. Meeting during Campbell’s very first trip to Paris while the then unknown model was just 16 years old, they quickly developed a special bond, despite a big language barrier – Campbell didn’t understand any French while Alaïa only hardly spoke English. Nonetheless, the designer made it his personal mission to push forward the model’s career, being one of the first designers booking her and even offering her to stay at his place when in Paris – which she did ever since, inducing being busted by the designer when sneaking off to parties during the middle of the night. Still calling him “Papa,” Campbell and Alaïa’s bond has stayed strong to this date, with her, of course, opening his first Haute Couture show after a six year absence in July 2017.

When John Galliano first started drawing attention to his designs, as well as of course his extravagant fashion shows, during the mid-80s, it wasn’t just the young British designer dreaming up these fashion fairytales – it also was his “creative consultant” – a term that back then was far from being as ubiquitously used as it is today – Amanda Harlech. Meeting just as Galliano was graduating from Central Saint Martins in 1984, the pair is said to have had an immediate connection, talking from the afternoon up until one in the morning when the designer showed Harlech his sketches and samples for the first time. Closely collaborating right away, Harlech has been involved in each and every tiny aspect of the brand – from building the stories around the collections to envisioning their wearers as much as Galliano did. It was not until Galliano went from Givenchy to Dior in 1996 that both their friendship as well as their professional relationship started to crumble, with Galliano failing to include a position for Harlech into his deal with Dior – and Karl Lagerfeld at Chanel quickly making her an offer and giving her a position at the French house she still holds. Although Galliano’s collections and shows didn’t get any less extravagant despite Harlech’s departure, their 12-year-tenure came to a rather chilly end.

With a designer and house as elusive as the Maison of Martin Margiela itself, seizing the people working behind the scenes and building the company becomes an almost impossible task. One, however, has stood out from the crowd of white-coat-employees right from the founding of the brand in 1988 – because without her that founding wouldn’t even have been possible in the first place. Already meeting Martin Margiela in 1983 at a competition for designers where she was on the judging panel, Jenny Meirens helped Margiela built his brand right from the start, being the first one selling his collections at her store Crea in Belgium after discovering his talent at said Belgian Golden Spindel Awards. It also was her who suggested they made the label of the brand an empty white space, recognizable just by four white stitches that can be seen from the outside. During the 16 year partnership that followed the setting up of Maison Martin Margiela in 88, Meirens went on to oversee the business behind the brand, making sure they were able to stay independent and follow their distinct, and immensely impactful, approach. While Margiela stayed at his namesake label until 2009, Jenny already retired in 2003, preferring, just as Margiela himself, anonymity over attention.