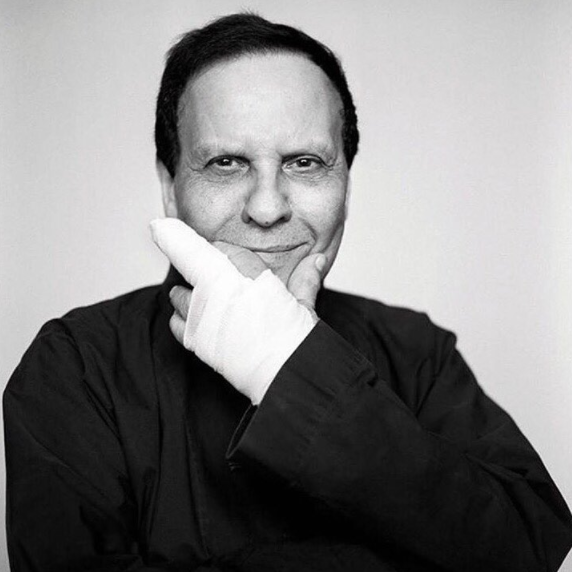 FOLLOWING A 6-YEAR HIATUS FROM COUTURE, AZZEDINE ALAÏA IS BACK

This morning brings exciting news for the world of couture fashion. The iconic designer Azzedine Alaïa has announced he will show his first couture collection in Paris this July after his 6 year break. Alaïa has always broken the fashion mould, opting for off-calendar events and shunning the traditional show schedule. He is no slave to the fast-paced fashion cycle, and presents collections in accordance with his own creative clock. Alaïa hosted their Spring 2017 prêt-à-porter show a month after the conclusion of fashion month in September 2016. Each garment is meticulously created rather than manufactured, he notoriously steams all garments and sews every prototype himself; owing to his title as a craftsman rather than a designer.

The Tunisian-born couturier and shoe designer gained prominence in the 80s when he also began to design ready-to-wear collections as opposed to couture-only. After a tragic family death in the mid-90s he vanished from the fashion world and stopped showing on the regular schedule. In an interview with the Independent, Alaïa commented that not much had changed since the eighties and the brand has no age. “There is an evolution, but fashion hasn’t changed so much” he states. “For women, there is the body. The body is the most important thing. Technically, some dresses are more modern than others, because of the technique of the knitwear. The evolution of the technique and of the fabric is very important, and how you wear it too. You maybe have to be more comfortable today. This is the difference.” These comments paired with his background as a sculptor imply that Alaïa’s work is about dressing a body, not constructing a dress.

We are yet to find out the reason behind his return to Paris Couture Week this season, but his show on July 5th is not one to be missed.