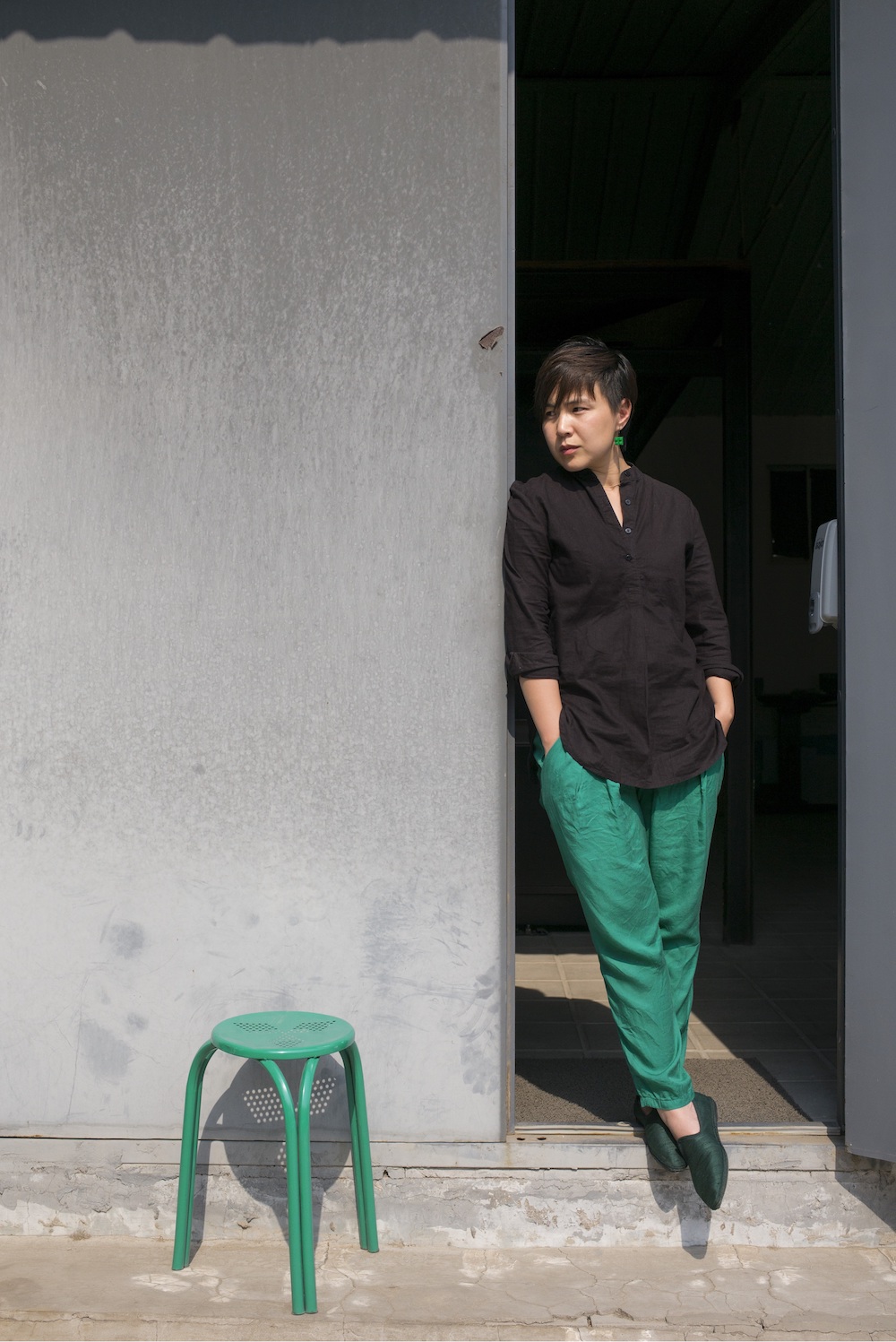 “We are entering a new age, where the mind directly controls objects, and where thoughts can be transferred with immediacy,” Fei says, of her work for the BMW Art Car. “Which attitudes and which temperaments hold the key to opening the gateway to a new age?” Placing a magnifying glass on notions of time, imagination, reality and science, Fei’s work looks at “the rapid and chaotic changes that are occurring in Chinese society today,” and by extension, large parts of the world.

Fei is one of China’s most notable contemporary artists – not female artists – but artists. With an expansive career spanning performance, film-making, installation and more she reaches a captivated audience across the world, and a multi-disciplinary approach seems fitting for this creative polymath.

In 2015, Fei’s work took on a whole new dimension when she was asked to design BMW’s Art Car #18. Following contributions from Jeff Koons and John Baldessari, Fei at 39-years-old became the third woman, and the youngest person in history, to put her name to this 42-year-old automobile tradition.

Setting the scene for a generation of experimental, female artists Fei’s creation was the epitome of innovation. Unlike those that went before, Fei’s installation was immersive in a three-part offering: Unmanned (the video-art prelude to BMW Art Car #18), the racecar, and a free app that adopts both virtual and augmented reality techniques. In line with Fei’s body of work to date, the idea of this three dimensional approach, was that it would generate a performative experience grounded in technological advancements.

The three-part experience, adopted the strucrmed AR installations floating above and around the car. And, following the Unmanned video, an M6 GT3 race car made its way onto the stage, cloaked in a deep matte carbon black. This was a visual cue, for the audience to aim their smartphones at the number 18 on the car, and through an augmented app colourful light projections were made on its surface.

This contradiction of tradition and modernity manifests in Fei’s personal life, and resonates throughout her art. Raised in Guangzhou, a city on the periphery of Hong Kong, Fei witnessed the first hints of Westernisation in the 1980s. Whilst at home, she observed her father’s work as a prominent socialist realist sculptor, creating busts of heroes and political figures using traditional methods. The modern digital landscape demands an open-minded approach, one that Fei has mastered.

Today, her contribution to the BMW Art Car #18 series, represents the omnipresence of technology, piercing the conventions of culture. This revolutionary design has thrown tradition into disarray and revolutionised the future of transport.