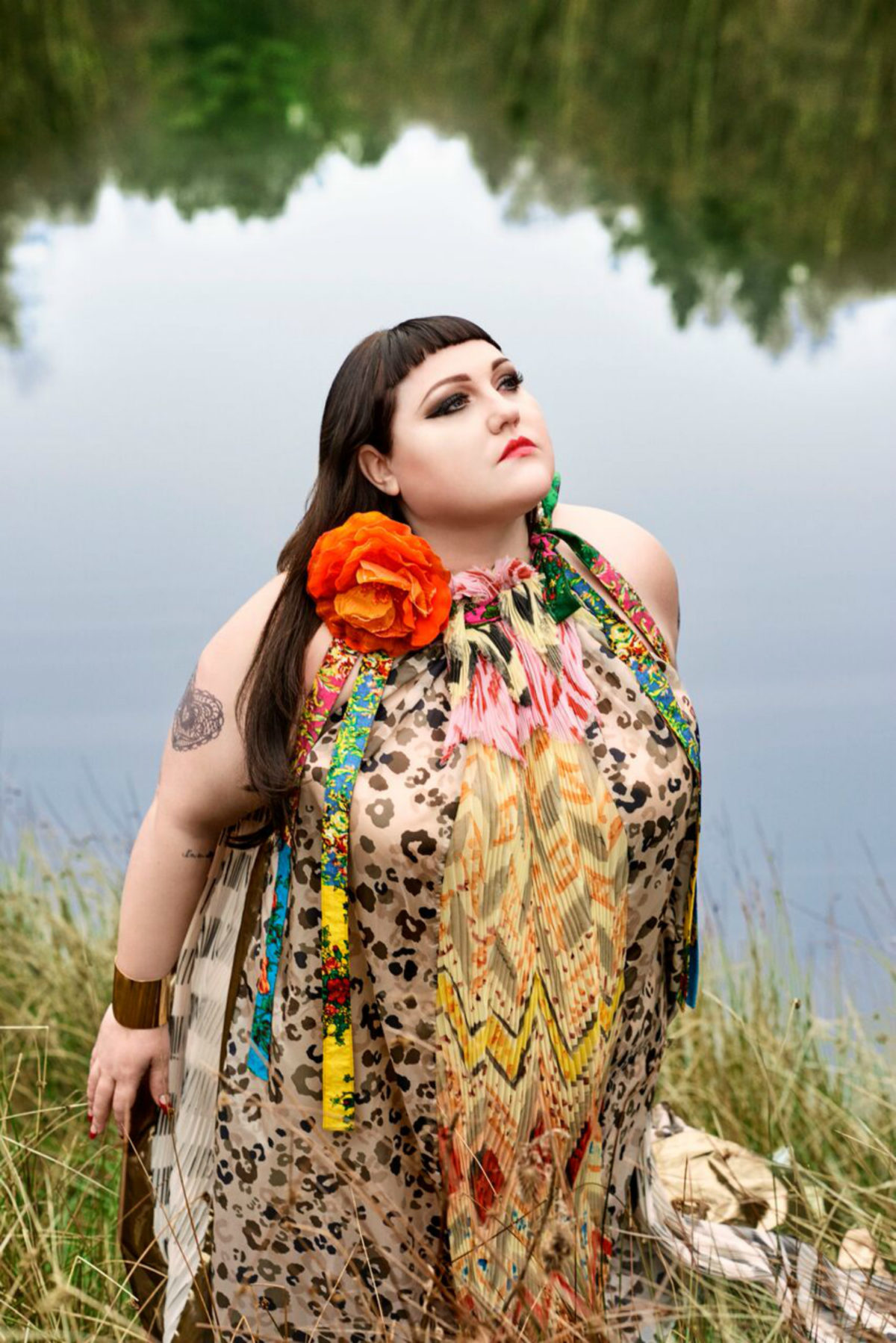 ENOUGH GOSSIP: CUTTING TO THE CHASE WITH BETH DITTO

She carried a Heavy Cross and Wrote The Book, but where has she been since what seemed to be a promising, not-so-quiet pursuit of conquering the world?

It’s been quite a while since we’ve last heard from Beth Ditto, former frontwoman of dance-rock trio Gossip and activist for all things LGBTQ+, feminism and body positivity. During her band’s prime (and to this day), the 36-year old became the poster girl for the underrepresented, outcasts and individualists. After releasing a well-received, house-heavy solo EP in 2011, we were all anticipating Beth Ditto to take her career outside of Gossip to the next level, slowly but steadily maneuvering her way into the mainstream with her powerful voice and distinctive style.

But then, “life happened.” From then to now, Beth’s gotten married to her best friend, Kristin Ogata, her band split, and her father passed – all of which required a fair share of emotional commitment and endurance.
“So much has changed. A lot of growing up really fast, becoming a real adult,” the singer/songwriter reveals.

“I pretty much processed everything that’s happened to me these last years. Negative and positive,” she explains, referring to the album’s broad spectrum of themes, with moods ranging from determined and headstrong, to vulnerable and devoted. “Just life, I guess, and how it goes.”

What was initially intended to be a 20 minute interview revolving solely around her latest offering- which Beth described as ‘a very simple, but also very personal record’ – (luckily) turned into a short but in depth conversation on, basically, how fucked up our world is.

But there’s hope, and it lies within the hands of unapologetic souls like Mary Beth Patterson.

What’s been going on these last couple of years? I know you got married, your band split up, you dove into the fashion industry …

The last few years were pretty much that. There was the last Gossip album, and yes, the fashion line. That was always a dream of mine and I’m really happy I got to check that off of my list.

What is about to be released as my first solo album was initially me trying to write another Gossip record. By myself, basically. And that didn’t work out. I felt the people involved weren’t really that interested anymore. So, eventually, it developed into material for my own music. That’s pretty much what I’ve been doing these last few years. Spending lots of time in LA… Which is not my favorite place to be … Winter sunshine is just really weird to me [laughs].

Finally deciding to write this record for myself, as opposed to writing it for a band, really gave me a lot of creative freedom. I also had vocal surgery. I couldn’t speak for 3 weeks solid.

Let me tell you something: If you’re a talker like I am, being silent for 3 weeks is hell. You can’t cough, you can’t sneeze, you can’t even mumble in your sleep, let alone sing a tune. I got really depressed near the end. You don’t even think about all the things you can’t do when you can’t talk. I couldn’t even tell the horribly corny jokes that came to mind [laughs].

That sounds awful. I can’t even imagine not talking for three minutes.

I know, right? It’s horrible. What the world must’ve missed out on [laughs]. Poor world… Maybe that’s how Donald Trump got through with his plan.

Maybe so. But, speaking of whom: Since you are very active in terms of LGBTQ+ and feminist causes, how have you handled Donald Trump’s win? Given that he’s not exactly the spokesperson either of the aforementioned was hoping for.

Oh my God, he’s like a clown. It’s really like somebody gave a circus clown the most powerful position in the world. Or maybe even like a dog. It’s like dealing with this wild animal-like cartoon. A rude cartoon, to be exact. But we have to let the rest of the world know that we Americans are just as bummed out as the rest of the planet. It’s insane.

There are so many fucked up things going on in the world that, honestly, for the first time in my life, I don’t even know what to say. Everything is so wrong. Literally everything. This guy does not have one redeeming quality. The only redeeming quality are the memes [laughs].

In all seriousness, though, it’s honestly been a struggle of mine to feel like the same person I was before. This has affected so many people that I love. Family, friends. Even on a criminal level.

Here in Berlin, too, the crime-rate directed specifically towards LGBTQ+ people has gone up.

That’s horrible, but I believe it. Violence has always been a problem, particularly against marginalized people of all kinds. But now it seems to be even bigger of an issue than it was before. What we’re seeing now are people’s true colors, and it could not be more disturbing. People feel safe being hateful. Quite frankly, though, I think we were too comfortable. 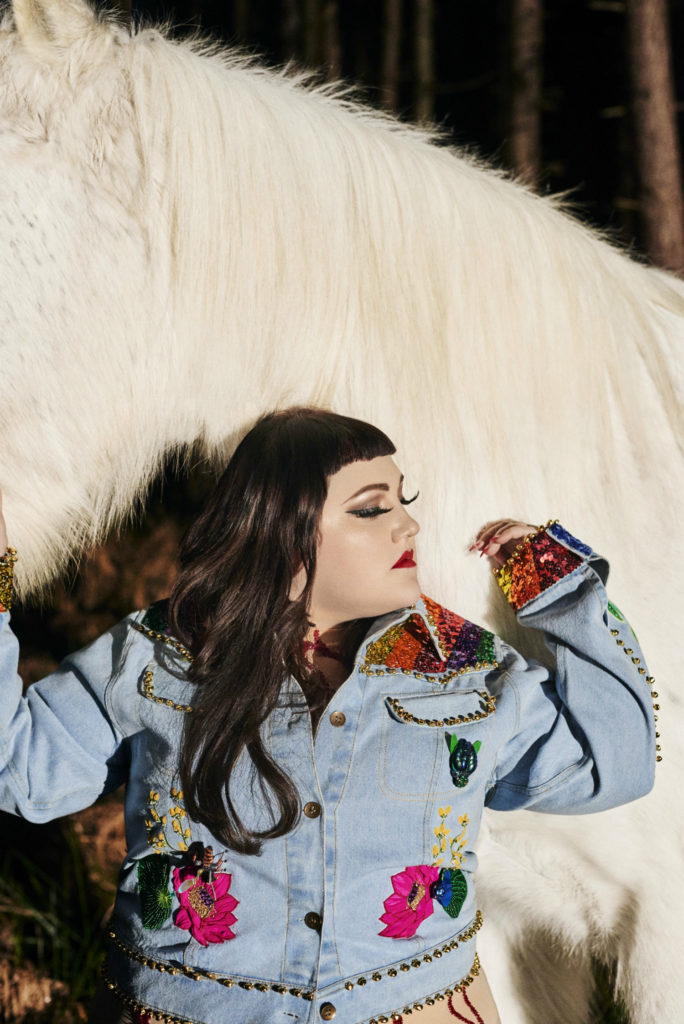 True. But that’s the case with a lot of other things, too. We start feeling safe and let our guard down. Then, next thing you know, something terrible happens.

Especially with things we’d like or hope to see our government take care of. Trusting them to be a representation of human beings. My brain is so swamped when I think about all of this. But, yeah, I guess we’ll just have to keep our eyes open for sucker punches, be expectant of the worst and prepare ourselves for it.

Absolutely. I mean, look at what happened at Ariana Grande’s concert. People had just gotten used to not hearing of these things anymore, and all of a sudden THAT happened. While we’re at it: You’re about to embark on a tour. How do recent events make you feel? Are you worried in any way?

I am devastated by recent events and I simply cannot understand why things like this happen, why people are so hateful and do what they do. We weren’t the first to experience these things and we won’t be the last. The only thing we can do is keep up a spirit of resistance towards any kind of prejudice. Being afraid and hiding out will not do us any favor. It’d be giving them exactly what they want from us. What’s the point of terrorism? What’s the point of fascism? Whatever they are, they’re not rules I am willing to live by.

Photography by Mary McCartney
Fake Sugar dropped June 16 via Virgin Records.
Listen to it on Spotify.