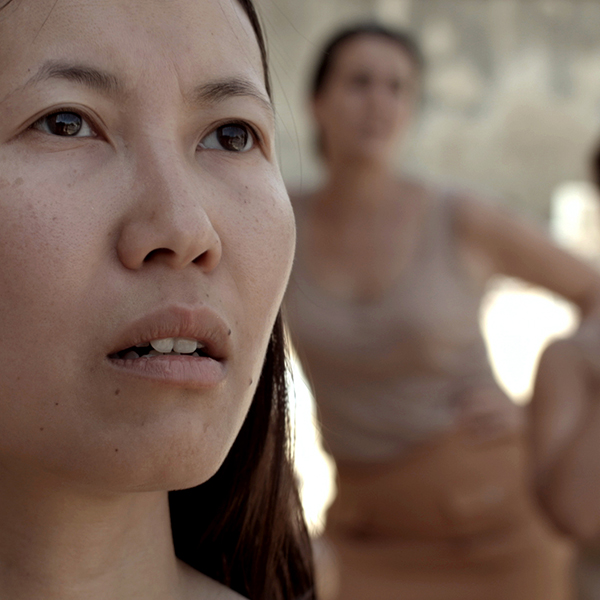 THE BERLIN ART WEEK EVENTS THAT MATERIAL HAS ITS EYE ON

The sixth annual Berlin Art Week launches tomorrow, and this year dozens of performances, screenings, launches, and exhibitions are lined up to take place over the space of five days, spread across the city.

The highlight of Berlin’s contemporary art calendar, you have the choice of everything from intimate talks and discussions, to openings to the public of private collections, to exhibition of ancient treasures, there’s something for everyone. To help guide you through this sea of artistic offerings, we put together a list of events that took our fancy.

ISIDORE ISOU: FROM LETTRISM TO ETERNITY at La Plaque Tournant, 29th August – 29th September
“Isidore Isou, From Lettrism to Eternity” is the first solo exhibition in Berlin of work of Isidore Isou (1925-2007), the founder of the Lettrist Movement, a mid 1940s French avant-garde movement which had its roots in Surrealism and Dadaism. Curated by Frédéric Acquaviva, around 500 documents, manuscripts, flyers, affiches, books, films, sounds, scores, photographs, multiples, drawings as well as canvases, from 1946 until 2007, will be on display.

SOME NAME SOME NOUN SIMPLY at Archive Kabinett e.V., 14th September at 19:00

“Some Name Some Noun Simply” is a performative work in progress by Nicoline van Harskamp, following on from her short film “PDGN”, in which she presents a future where a link language, constructed from the “ruins” of global English, is spoken. In this short new play, van Harskamp will stage this possible future link language for a live audience, with a story that explores the significance of names and language. In short public sessions with the artist, visitors can familiarise themselves with the structure of this language in order to follow the 20 minute, unsubtitled live piece. The program of the performance day allows to do this prior to or after watching the live performance, or both. Visitors may learn to construct their own words and phrases in it and thus contribute to its development.

Rolf and Erika Hoffmann began acquiring works in the 1960s based on personal interest. Their collection includes works by artists of various generations and nationalities. Due to the proximity of their Mönchengladbach home to Düsseldorf’s bustling art scene, the pair first encountered the ideas and works of the German Group ZERO, later adding works by American artists  as a consequence of more frequent trips to the U.S. Following their 1997 move to Berlin, the Hoffmanns became increasingly interested in Eastern Europe and Asia and acquired works from these regions. It’s worth taking advantage of the rare opportunity to see the usually private collection, spanning artists ranging from Jean-Michel Basquiat to Gerhard Richter.

To inaugurate its newly enlarged galleries, Salon Berlin offers the animated films with hypnotic soundtracks and installations of the Berlin-based Swedish artists Nathalie Djurberg and Hans Berg (both b. 1978), shown in dialogue with selections from the late work of Willem de Kooning. Djurberg & Berg’s “dreadful” women, seductresses, demons, witches, and overweening mothers are reminiscent of de Kooning’s famous “Woman” cycle from the early 1950s. The artistic transformation and deformation of the body brings repressed psychological states to light: Djurberg employs disfigurement for a very deliberate reflection on stereotypical roles and power relations in a male-dominated world.

Works by international contemporary artists are juxtaposed with Imperial Chinese furniture and ancient Southeast Asian sculptures. Located in a former Second World War telecommunications bunker that has been renovated by the British architect John Pawson, the Feuerle Collection encourages a conversation between different periods and cultures, offering an alternative perception of ancient art and creates a new perspective on the pieces, adopting a synesthetic approach.