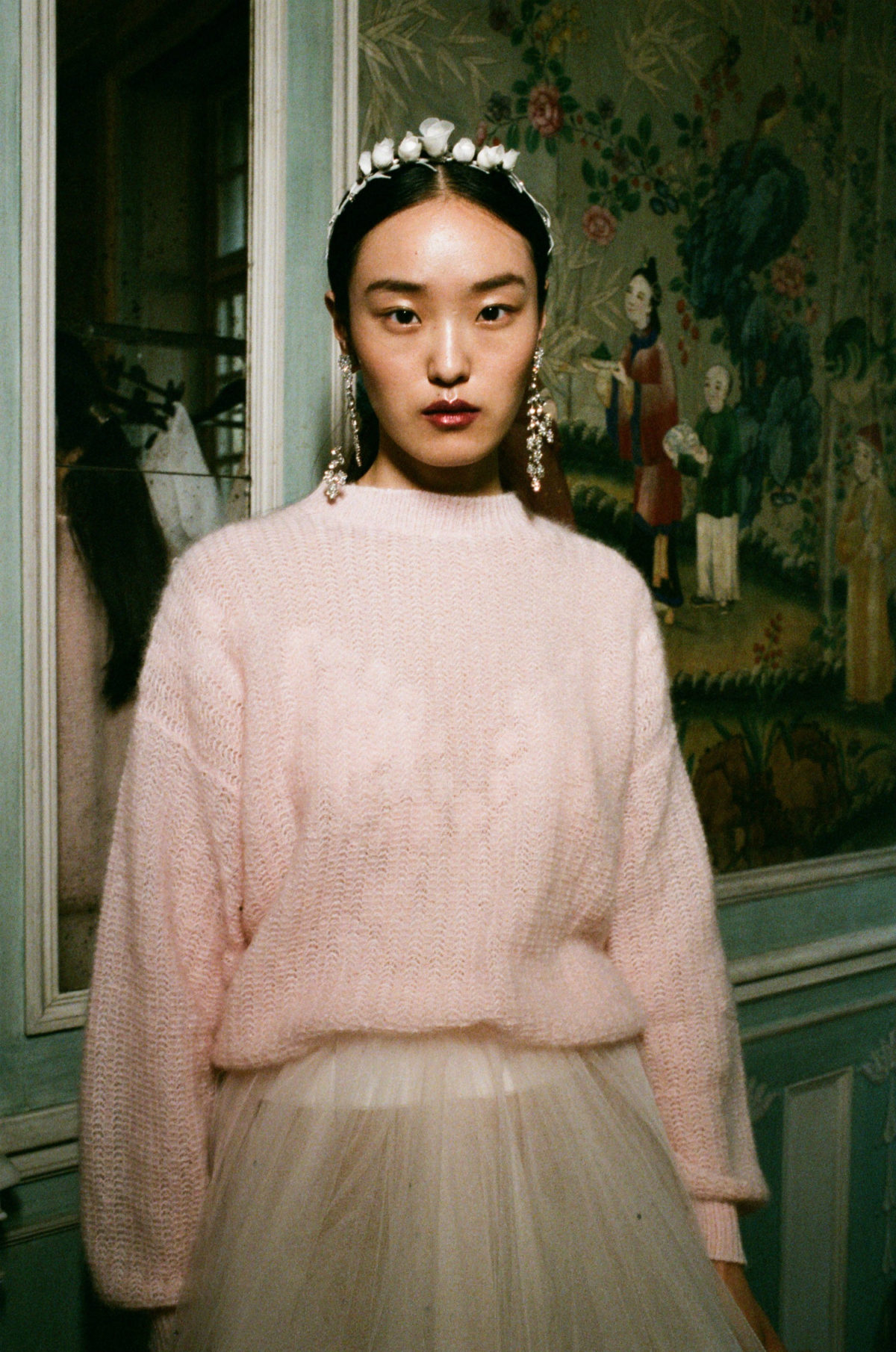 Named after the term “gauche caviar” coined by Jean-Paul Sartre, which the philosopher used to describe the French jetset that found itself more interested in the rebellion of the 60s, German fashion label Kaviar Gauche has quickly made a name for itself with its feminine designs and wedding dresses. Gaining work experience at Vivienne Westwood and Martine Sitbon, the duo behind Kaviar Gauche, Alexandra Fischer-Roehler and Johanna Kühl, founded the label in 2004 and staged their first fashion show as a guerrilla project – right in the spirit of the generation of 68. Backstage at Kaviar Gauche SS18 however, the mood was a bit more settled – we visited them during Paris Fashion Week and got a glimpse of their upcoming designs.