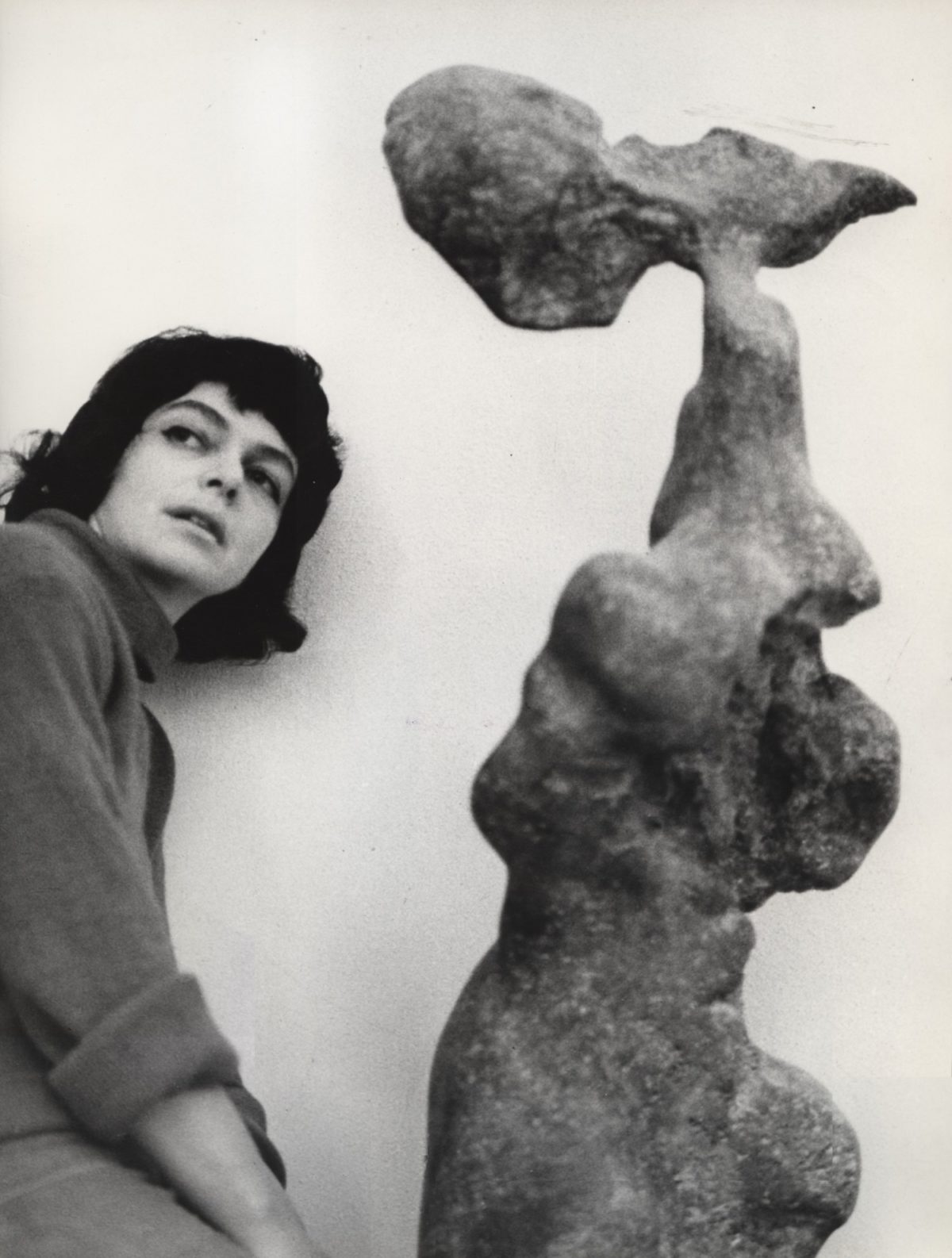 Over a period of almost 25 years, Alina Szapocznikow created an impressive oeuvre, including sculptures, drawings and photography. The artist, who died of breast cancer by the age of only 47, mainly focused on the human body, its fragileness, vulnerability, its appearance as much as sensuality and “the paradoxes and absurdity of life”, as she wrote a year before her death.

Starting as a classic figurative sculptor in Prague working with bronze and stone, Alina Szapocznikow soon made the female body her main sujet and ended up experiencing with different, at her time completely new materials, such as polyester and polyurethane, which she preferred, but also cardboard and newspapers. Moving back to Paris, where she had also studied at the École Nationale Superieure Des Beaux-Arts a couple of years earlier, Alina Szapocznikow got mainly influenced by the artistic circles of the Nouveaux Réalisme. She quickly established her own formal language. Predominantly dismantling the female body into fragments, most of all concentrating on limbs, lips, breasts and stomachs, reassembling and recontexualising them, Alina Szapocznikow’s created an abstract figuration of our view on the female appearance, which hasn’t lost any of its relevance today.

Especially the series “Illuminated Lips”, “Marching Lips” and “Illuminated Breasts”  display the female sensuality reduced to secondary gender characteristics, while at the same time transforming those parts into everyday objects like shiny, “illuminated” lamps. Sex becomes consumable, and the female body a practical gadget. But never in the feminist sense many other female artists of her time stated. Alina Szapocznikow distanced herself from such limitations – even from the most personal.

Born as a Jew in Poland Alina Szapocznikow survived three concentration camps (Auschwitz, Bergen-Belsen and Theresienstadt), lost her father due to tuberculosis, suffered from the infection herself and, as a result, became infertile. But, even if Alina Szapocznikow touches on themes of trauma, vulnerability and pain, those topics are more perceptibly fluent than explicitly existent. For a very long time she didn’t even mention any of her experiences during World War II at all. This also applies in the way she handled her cancer diagnosis. Being confronted with the results in 1968, Alina Szapocznikow created the series “Tumeurs Personifies“ in 1971, two years before her death on 1973. “Tumeurs Personifies“ express the fragility and transience of the body while simultaneously hanging on to waning life.

By creating her sculptures – mostly based on her own body – history appears palpably, but merely it’s about creating an aura of intimacy, a playful but irritating sphere, in the best tradition of Surrealism, Pop-Art and Nouveaux Réalisme. Alina Szapocznikow limbs, lips, breasts and butts, as shiny as they might be, present a disturbing mixture of beauty and cruelty, which often leave the visitor with a vague feeling of admiration and distance. At the latest this makes clear why her current exhibition at the Staatliche Kunsthalle Baden-Baden is named Humane landscapes. And maybe this direct engagement with life and loss is one of the reasons why Alina Szapocznikow’s art, even if it maybe touches the field of kitsch, never completely looses itself to it. Today, Alina Szapocznikow is one of the most influential artists in Poland. Her international breakthrough came in 1962, when she was offered a solo show at the Polish pavilion at the Venice Biennale. Her works have been presented at the documenta 12 and 14. Moreover, the Museum of Contemporary Art in Los Angeles, the Centre Pompidou in Paris and the Tate Gallery in London show selected pieces in their collections. In 2015 MoMA in New York put on a huge solo exhibition with more than 100 works by Alina Szapocznikow, including sculptures, drawings and photography. The Staatliche Kunsthalle Baden-Baden is presenting the very first solo show in Germany.

Settled in the field of Surrealism, Pop-Art and New Realism Alina Szapocznikow has become one of the most relevant and influential female artists of her time. The Staatliche Kunsthalle Baden Baden honours the post war artist with a great retrospective and Germany wide first solo show in its summer exhibition from July 20th until October 7th 2018.